Dior does it again

We were in Paris this September attending the fashion fair, where we saw some of the most incredible designs from our favourite designers for our upcoming Spring and Summer collection. As an extra treat and a cultural excursion (as if attending the fair wasn’t enough), we had the opportunity to explore the Dior exhibit at the Louvre which is already a huge hit with locals and foreigners alike and has even been extended from October to next January. 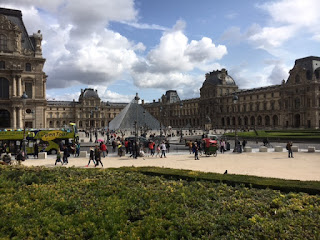 Less of a seasonal showcase and more of a homage to France’s most famous fashion house, the exhibit took us through the seven decades of Dior style.

The exhibit venue - the Louvre - could not be more appropriate. Christian Dior surrounded himself by many great artists despite his family’s disapproval of his desire to attend a fine arts school as it would not help him find a “real job”. He pursued his passion nonetheless and rubbed shoulders with those he considered geniuses of his time such as George Braque, Pablo Picasso, and Jean Cocteau. 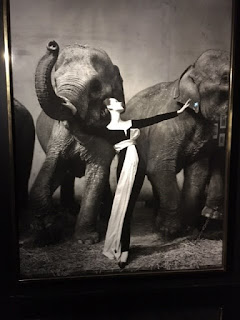 He became a gallerist who welcomed all these fine pieces from famous surnames but the economic crisis in 1929 proved a difficult time for sales. From this point Dior continued his passion for painting and design which eventually lead to the unveiling of his first Haute Couture collection in 1947. 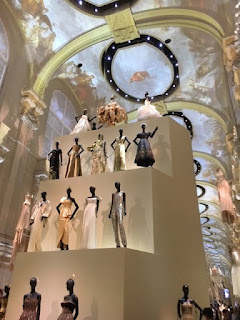 Dior debuted his collection to the world with a redefinition of the overly masculine way women were dressing in this post-war period. Camel Snow of Harper’s Bazaar even cried out that it was the “New Look”. The term New Look stuck and included the Bar suit pictured below. As a celebration of the curvaceous flower-woman, the name refers to the bar at the Plaza Athénée hotel next to the house of Dior which was his favourite haunt for fashionable women. It marked the spirit of the era full of revitalization and reconstruction. 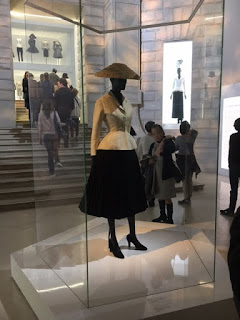 “My dresses make a princess of every woman.”
– Christian Dior 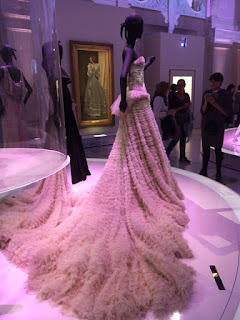 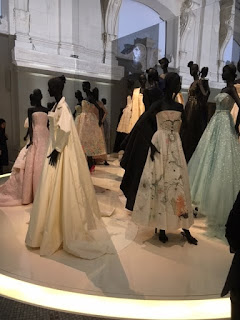 The House had the honour to dress many royals such as Lady Diana and Princess Margaret as well as our hollywood royals like Elizabeth Taylor and Marilyn Monroe. Christian Dior was also a visionary who anticipated future development of the luxury and fashion industry and who insisted that everything from jewelry to bags had to play its part in creating meticulous elegance. 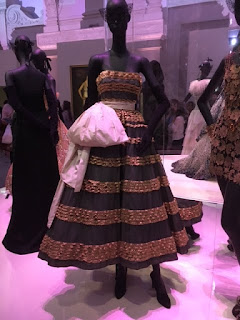 Dior placed exceptional importance on the jewelry needed to embellish his haute couture creations. The top jewelry makers of the time would attempt to outdo each other in proposing inventive suggestions as part of the creative process. We wholeheartedly agree on this point which is why we strive to carry the most unique and fascinating pieces from across europe in our store. 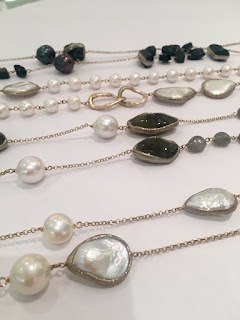 A sample of our current collection 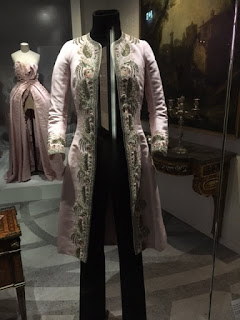 Dior’s philosphy on colour was equally as impressive. He saw pink as the “colour of happiness” and red as “the colour that dresses women’s smiles.” As for black, he said once that he “could write an entire book about it”. This really stuck with us and as we returned, we noticed some definite influences that have trickled their way down from haute couture to prêt-a-porter.

“True luxury needs good materials and good workmanship; it will never succeed unless its roots are profoundly embedded in sober influences and honest traditions.”
– Christian Dior

Much like what we like to see with the designers we bring into our store, Dior took immense pride in the workmanship and process that brought his designs to fruition. Part of this process is when he would give his ateliers sketches to make the “toiles” as can be pictured below. The toiles served as test versions of the dresses in white fabric to ensure his vision had been expressed correctly. 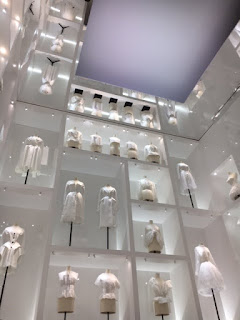 A colletion of Dior’s toiles from over the years

All in all the Dior exhibit was a feast for the eyes. The meticulous detail, the vivid colours, and the accentuated shapes all portrayed the timeline of his life as a couturier. This true testament worthy of the House of Dior’s contribution to the world of fashion brought us home looking at the pieces in our store with fresh eyes. If we are able to even represent a small fraction of Dior’s influence in our store, we believe our pieces have the potential to stand the test of time as well. 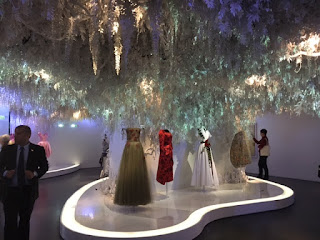